Try listening to this album while you cook or go to college or to work, it’s funny. If you take the train, it’s nice listening to them in that nostalgic cold of the morning.

Field Music’s gorgeous, audacious 2005 debut wound up eclipsed by the jerky pop success of north-east comrades Futureheads and Maxïmo Park. Following last year’s backstory comp Write Your Own History, their second album proper takes them ahead of the pack.

Emboldened by a year on the road, they’re now a glorious band – supple as a jazz trio, punctual as a chamber troupe – and TOT plays to their new strengths, augmenting tricky prettiness with bold vigour. Simultaneously more pop (“A House Is Not A Home”) and more extreme (“Give It Lose It Take It”) than their debut, it sets the benchmark for – what shall we call it? British Prog Pop? – in 2007. 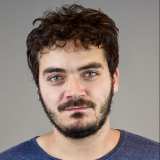